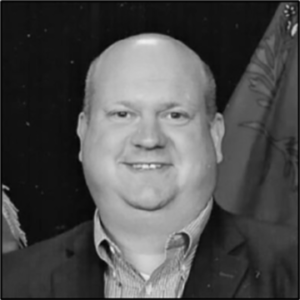 Dan Gans
Founder & Managing Principal, Polaris Consulting, LLC
Follow Dan Gans on Facebook
Follow Dan Gans on Twitter
Follow Dan Gans on Google +
Find Dan Gans at LinkedIn
Dan Gans is the founder and managing principal of Polaris Consulting, LLC. Prior to establishing Polaris, Dan managed the Telecommunications, Technology and Energy practice at a top 20 lobbying firm in Washington DC for three years. Under Dan’s stewardship, Polaris Government Relations has quickly become one of the most in demand boutique lobbying firms in Washington. Dan Gans is an eleven-year veteran of Capitol Hill. Most recently, Gans served as Chief of Staff to Governor-elect and Congressman Bob Riley (R-AL). In addition to serving as Riley’s Chief of Staff, Gans was also a Senior Advisor (in a volunteer capacity) to the Riley for Governor Campaign in 2002. Dan worked with the campaign General Consultant to develop and implement a successful media, grass roots, and fundraising plan. As Chief of Staff, Dan served as now Governor Riley’s principal strategist and advisor on all legislative and political matters including the Congressman’s work on the Financial Services, Armed Services and Agriculture Committees. Dan’s responsibilities included oversight and management of the Washington DC and Alabama offices. Gans also served as the Congressman’s liaison to the House Leadership and the Republican Study Committee. During his tenure as Chief of Staff, Gans was recognized by the Wall Street Journal for designing a state-of-the-art interactive Congressional website that implemented an e-video communication platform. Bob Riley was the first Member of Congress to communicate with his constituents using video email technology. It was no surprise that Campaigns and Elections magazine cited Bob Riley’s Campaign website as one of the best in the country and critical to his election success in 2002. Dan has been a regular speaker on Internet communication and e-strategy for the House Republican Conference. Dan also held a U.S. Department of Defense Security Clearance, which he was required to have in order to handle Riley’s work on the House Armed Services Committee