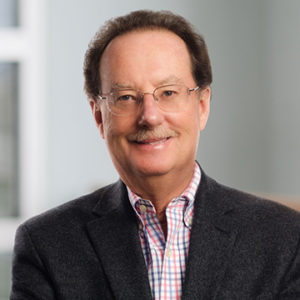 Richard Eckman
Senior Counsel, Troutman Pepper Hamilton Sanders LLP
Follow Richard Eckman on Facebook
Follow Richard Eckman on Twitter
Follow Richard Eckman on Google +
Find Richard Eckman at LinkedIn
Rick Eckman represents financial institutions and non-regulated entities in a range of matters involving investment management, commercial and consumer financial services, public finance and trusts. Drawing upon many years of experience inside the banking industry and involvement in drafting key banking regulations, he is a trusted advisor on operational and regulatory issues. Rick also has an active practice representing non-depository institutions, specialty finance companies, and service providers in compliance matters, payment system issues, strategic transactions, government investigation and enforcement actions. In addition, he advises marketplace lenders on matters such as merchant cash advance and co-branding relationships and represents a number of institutional trustees in Delaware business trust transactions. Rick advises clients on payment issues including dealing with FinCEN and state money transmitter statutes. He also has helped non-bank lenders and their service providers to design and launch national online lending platforms and businesses. An active speaker and writer on the activities of state and federal banking regulators, including the Consumer Financial Protection Bureau, Rick was one of the drafters of Delaware’s landmark Financial Center Development Act that attracted over 25 financial institutions to the state. He was a founder of and vice president and general counsel for The Chase Manhattan Bank (USA), N.A.; and was a director and secretary of FCC National Bank, the national bank subsidiary of Bank One Corporation now part of JPMorgan Chase. He also has been counsel to the Bank of Delaware, now PNC Bank. Earlier in his career, he was active in politics, serving as campaign manager for Pete duPont’s 1976 successful gubernatorial campaign, and was legislative counsel in the Washington office of Congressman Thomas B. Evans, Jr. (R – Delaware) from 1977-1979. Also a founder and former president of the Delaware Entrepreneurs’ Forum, Rick is a member of the board of directors of the Delaware Innovation Fund, a nonprofit seed and preseed venture capital fund, and was chairman of the board of Early Stage East, Inc., a nonprofit that sponsors venture fairs in the Mid-Atlantic region. He serves as counsel to many startup technology growth companies in the telecommunications, interactive media, medical and health, and information technology industries.