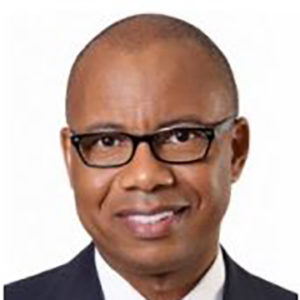 Kenneth Kelly
Chairman and CEO, First Independence Bank
Follow Kenneth Kelly on Facebook
Follow Kenneth Kelly on Twitter
Follow Kenneth Kelly on Google +
Find Kenneth Kelly at LinkedIn
Kenneth Kelly (Kenneth) serves as Chairman and CEO of First Independence Bank (https://www.firstindependence.com/), a minority depository institution, based in Detroit, Michigan. He is a respected leader in the banking community. He serves as a Board of Director of the American Bankers Association that is the voice of the nation’s $20.3 trillion banking industry, which is composed of small, regional and large banks that together employ more than 2 million people, safeguard $15.8 trillion in deposits and extend nearly $11 trillion in loans. He served as Chairman of the National Bankers Association 2018-2020. From 2018-2020, he served on the Federal Reserve Bank’s Seventh District Community Depository Institutions Advisory Council (CDIAC). Kenneth was also selected to become a member of the Federal Deposit Insurance Corporation Chairman’s Advisory Committee on Community Banking which is charged with providing advice and recommendations to the FDIC on a broad range of community banking policy and regulatory matters. Kenneth has testified as an expert witness before the U.S. Congressional House Financial Services subcommittee on consumer protection and financial institutions and has provided input to the full committee of House Financial Services during its COVID19 listening session. Also, Kenneth provided input and advice to the Secretary of Treasury and White House Staff during COVID19 on the state of minority banks. He also was a driver of solutions to support minority businesses with many corporate entities, regulators, and executive branch administrators regarding economic equality. Kenneth serves as the chairperson of the Auburn University Engineering Alumni Council. In this role, he works with a successful group of alumni including many CEO’s to assist the dean of the college with research and development, fundraising, and academic achievement. In 2019, the dedication of the new Brown Kopel Engineering Student Achievement Center included the naming of the Kenneth Kelly Engineering Academic Excellence Program Reception Area. Prior to banking, Kenneth enjoyed a 27 year career as an electric utility business leader in numerous roles within Southern Company. His last role entailed negotiating acquisitions of large renewable solar projects valued at $3.4 billion in partnership value. In 2018, Kenneth was inducted as the 137th Distinguished Auburn Engineer. In February, 2020 he was inducted into the State of Alabama Engineering Hall of Fame. In October 2020, Kenneth served as a speaker during the 2020 Milken Global Institute Forum and a panelist for the Hope Global Forum. He is the author of: Prepared Before I Let Go, to be published soon and a producer of a documentary: Economics, Politics, & Culture, which is a snapshot of economics in the development of civilization. Kenneth grew up in Eufaula, Alabama and received an electrical engineering degree from Auburn University and completed the executive MBA program at the University of Alabama.