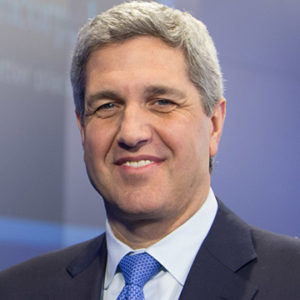 Frank Sorrentino III
Chairman/CEO, ConnectOne Bank
Follow Frank Sorrentino III on Facebook
Follow Frank Sorrentino III on Twitter
Follow Frank Sorrentino III on Google +
Find Frank Sorrentino III at LinkedIn
Frank Sorrentino III is Chairman and CEO of ConnectOne Bank (CNOB), formerly North Jersey community Bank (NJCB), with eight branches throughout the state. The bank was founded by Mr. Sorrentino and other Bergen County civic and business leaders to serve local residents and businesses by providing the highest level of personalized community banking services.As Chairman and CEO of ConnectOne, Mr. Sorrentino is responsible for its business development plan, serves as the community liaison, sits on the loan committee and serves as the bank’s spokesperson. Mr. Sorrentino has been instrumental in developing the bank’s branch and expansion strategy and oversees all marketing activities.In 2013, he led the rebrand of the company to ConnectOne Bank. CNOB’s board of directors, shareholders, employees and loyal customer base have all contributed to its unprecedented growth. Since opening its first branch in January 2005, NJCB has grown to more than $1 billion in assets. In 2011 and 2012, NJCB was named a top 5 best performing community bank in the country by SNL Financial, a leading provider of news and data on the banking and financial services industry. Additionally, NJCB has been named to the Top 10 on NJBIZ’s “50 Fastest Growing Companies” list, was a finalist for the publication’s “Emerging Business of the Year” award, and a recipient of the Forbes’ “Enterprise Awards” – one of the most esteemed and sought-after small business awards in the U.S. Mr. Sorrentino is a frequent commentator on CNBC, Bloomberg TV & Radio, and Fox Business News Discussing community banking issues, and his views have been published in prominent business publications including The Wall Street Journal and American Banker, along with being a contributor for Forbes.com. Previously, Mr. Sorrentino was president of FSS Construction, Inc., a family-owned third generation construction business that specializes in custom-built luxury residential homes. FSS was founded in 1979 and is based in Englewood Cliffs, NJ. Mr. Sorrentino Received his B.S. in Construction Engineering Technology from Farleigh Dickinson University in 1987.He was named “Builder of the Year” in 1995 by the Builders Association of Northern New Jersey and was also awarded the Founders Medal from Bergen Catholic High School in 2005.