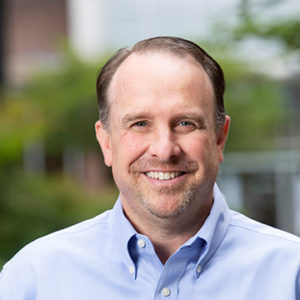 Eric Sprink
President & CEO, Coastal Community Bank
Follow Eric Sprink on Facebook
Follow Eric Sprink on Twitter
Follow Eric Sprink on Google +
Find Eric Sprink at LinkedIn
Eric M. Sprink serves as President and Chief Executive Officer of Coastal Community Bank and Coastal Financial Corporation. Coastal prides itself on being “un-bankey” and has organically grown from less than $200 million in assets when Eric joined the bank in 2006, to more than $1.5 billion today in its Community Banking Division – CCB. Community is the bank’s middle name and also a way of doing business. We are openly changing the rules of what Banking means. In addition to meeting the needs of local CCB business clients, Coastal is delivering Partner Banking or “Banking as a Service” to Fintechs, capitalizing on the strong relationship culture built on top of a robust compliance backbone through its wholesale banking division – CCBX. Most recently, Coastal was selected as one of eight financial institutions collaborating with Google to launch Coastal’s new consumer digital platform, under Coastal’s newest division – CCBD. Because of the relationships the bank has built with Fintechs, Eric is a frequent speaker and advocate for bank/Fintech partnerships. He has worked closely with a number of regulatory bodies as the banking industry evolves and faces disruption. In spite of living in the Pacific Northwest, Eric is a Tarheel and will happily share his thoughts on North Carolina sports. Active in community affairs, Eric is a past-chair of the Community Bankers of Washington and is involved with numerous local non-profits.